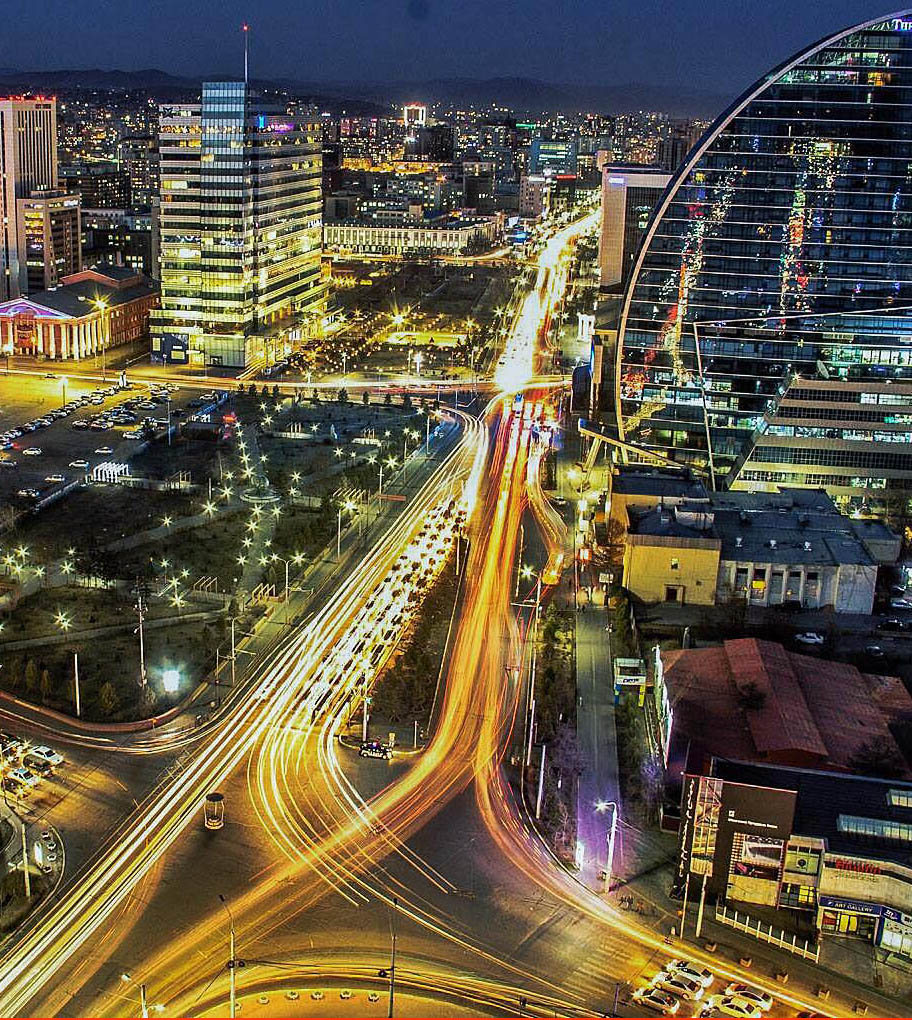 Mongolia, known as Mongol uls (Монгол улс) in Mongolian, is a landlocked country located between China and Russia. It's a vast emptiness that links land and sky, and is one of the last few places on the planet where nomadic life is still a living tradition.

Mongolia may have geopolitical, cultural and geographical meanings.

The northern part of the country is covered by forest mountain ranges and the southern part by desert, desert steppe, and steppe areas with low mountains. High snow-capped mountains and glaciers and the eastern part by vast plains and wild heaths dominate the western part. The Mongolian environment has a large variety of features. Mongolia can be divided into six zones; desert, mountain, mountain taiga, mountain forest steppe, arid steppe and taiga.

The capital city, as well as the industrial and commercial center of Mongolia, is Ulaanbaatar.

Ulaanbaatar is located on the banks of the river Tuul and is surrounded by the beautiful foothills of the Khangai mountain range, with the centuries-long protected holy Bogd Khan mountain  facing the city to the south. The city sits at an altitude of 1350 meters above sea level and presently covers an area of 470,000 hectares. As of January 2011, the Ulaanbaatar city population was 1,161,785 with a density of 247 people per square kilometer.

Although it boasts over 260 sunny days a year and is known as the "Land of the blue sky", Mongolia's climate is extreme. Long subarctic winters are harsh with average temperatures dropping to -34'C (-88'F) in January and early February. So some rivers remain frozen until June. The general landscape of the country is concerned with its natural origin, which is comparatively less destroyed by human activities and remained keeping its original nature.

Nomadic Civilization and Culture of Mongolia

Mongolia is a totally landlocked country so that its climate is sharp continental and dry with 4 seasons, the geographical location is diverse. Influenced by these, Mongolians have developed a unique nomadic civilization since Neolite. They have run animal husbandry in their vast land and move for the best pasture and water frequently. But it does not mean that Mongols are all nomads living in their gers (traditional dwelling), also they have developed their own urban civilization and architecture.

The first Mongolian Empire the Khunnu had its capital city on the bank of the River Orkhon. Each Empire of Mongolia had capital cities. Mongolian Architecture was influenced by Buddhism a lot like many other Buddhist Countries. You can see it from a number of monasteries.

By now Mongolia's main religion is Buddhism, with 90% of the whole population are Buddhists. The rest are Muslims, Shamanists and a few Christians. Mongolans' first religion was shamanism, it arose during the Clan structure. At that time it was simple, just magic. According to archeological findings, about 100000-40000 years before the people lived on the land of today's Mongolia had this religion.

On the ancient earth, every clan had a belief about their origin that they were descended from an animal or a plant, and they called it tutelary genius. The Mongols adored deer or wolf. 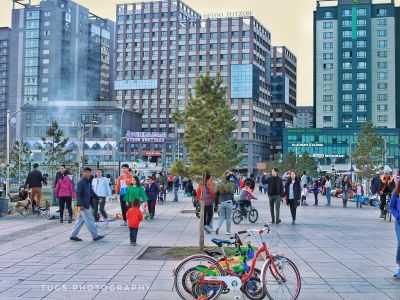 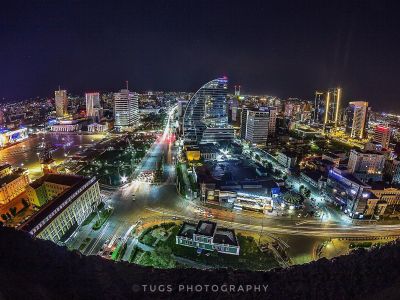 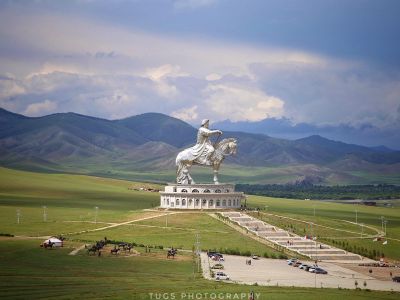 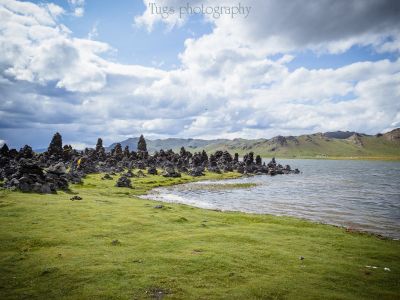